The Many Faces of Colfax 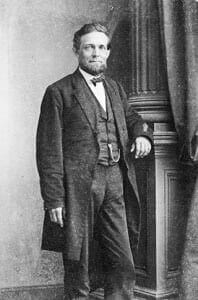 This exhibit offers a glimpse into the personal and political life of South Bend’s own Schuyler Colfax, a man whose name resounds with history and intrigue. Colfax was the owner of the St. Joseph Valley Register, a strong abolitionist, Speaker of the House under Abraham Lincoln, and Vice President of the United States under Ulysses S. Grant.

Filed under: Past Exhibitsby tdchilds

Previous Next
Close
Test Caption
Test Description goes like this