Indiana Admitted as the 19th State 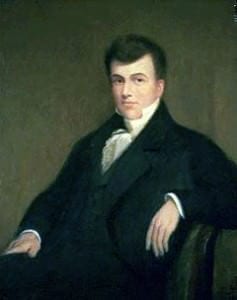 Jonathan Jennings wanted to represent the Indiana people in Congress. He traveled throughout the Indiana Territory campaigning. Most people liked him and elected him to Congress in 1809 and again in 1811.

While in Congress, Jennings petitioned the government for Indiana statehood in 1811. However, when the War of 1812 broke out, this issue was delayed. After the war, however, Congress ordered the officials in the Indiana Territory to take a census of those people living in the territory. The census reported that there were 63,000 adults living within Indiana. This was well above the population number a territory needed for statehood.

In 1816 Jonathan Jennings petitioned Congress for an enabling act. An enabling act was a legal procedure territories followed in order to become states. Congress soon passed the act that set the boundaries of the future state of Indiana. The act also required the new leaders to meet and write a state constitution.

After Indiana Enabling Act was passed, delegates from within the new state were chosen to attend the state constitutional convention. 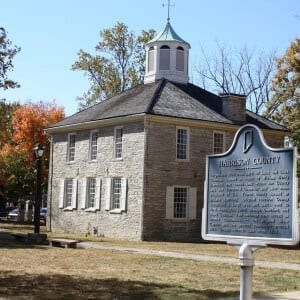 In 1813, the Indiana Territorial capital had been moved from the old Indiana Territory city of Vincennes to the city of Corydon, in southern Indiana. The capital was moved because it was a more central location for the settled part of Indiana.

In the summer of 1816, 43 delegates met at Corydon to write a state constitution. They met inside the Harrison County Courthouse, which, was sometimes very cramped. So, several times the delegates met outside under a huge elm tree. This tree became known as the Constitutional Elm tree. The trunk of this tree is still 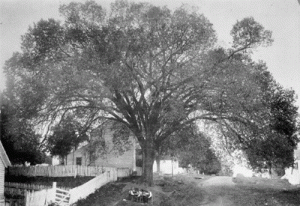 preserved in the town of Corydon.

Jonathan Jennings was chosen as the president of the convention. His leadership helped the delegates write a very strong state constitution. The constitution created 3 different parts of the state’s government. The state of Indiana would have a General Assembly that made the laws. A state governor would see that these laws were followed. And a Supreme Court would be created to decide if the laws passed were fair and equitable.

A major argument arose over the issue of slavery. Some delegates wanted each community or county to decide if they wanted slaves or not. Others did not want slavery at all. Eventually, after heated debates, slavery was voted to be illegal within the borders of Indiana.

Indiana was also the first state to start a state-funded public school system. The constitution also set aside one township for a public university. Indiana University in Bloomington was later built in one of these townships.

After the constitution was written, an election was held to determine Indiana’s first governor and members of the General Assembly. Jonathan Jennings was appointed (appointed because someone could not be elected before a territory became a state) as the first governor of Indiana.

Indiana now had a working constitution and state government. On December 11, 1816 Indiana was admitted to the United States as the nineteenth state in the union.