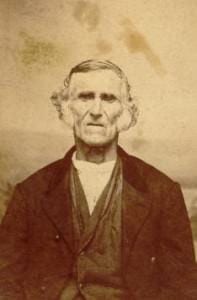 The first settler of European descent to settle in present-day St. Joseph County was Pierre Navarre. Mr. Navarre was of French descent, well educated, and moved to St. Joseph Country from Monroe, Michigan in 1820. At the time of this move, Mr. Navarre was an agent for the American Fur Company.3 Prior to Mr. Navarre settling in St. Joseph County, he had trapped and traded furs among the Native Americans that lived in the area. But, in 1820 he decided to permanently reside in South Bend and open a standing trading post.

Pierre married a Potawatomi woman named Angelique and had six children (and, possibly, ten children), three sons and three daughters. Pierre and his new family built a log home, the first home to be erected in the county, on the north side of the St. Joseph River, now in South Bend.4 Mr. Navarre located his home on a trail in which Native Americans traveled and traded every spring and fall to reach the other posts along the river, down to Lake Michigan. This brought Pierre ample amounts of furs, maple sugar, baskets, and other articles. He was very loyal to the Potawatomi tribe and when they were forcibly removed from the Michiana area in the 1840s, he traveled west with the tribe, but afterward returned home. Pierre Navarre died in the home of his daughter on December 27, 1864. His body was buried in Cedar Grove Cemetery on the grounds of the University of Notre Dame. Navarre’s cabin is still standing and has been moved to Leeper Park East in downtown South Bend.

To learn more about Pierre Navarre and his family CLICK HERE 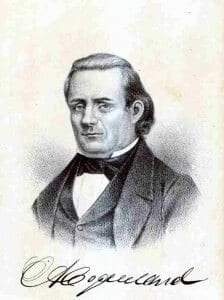 Alexis Coquillard (pronounced ‘Co-quill-erd’) established the first American home in St. Joseph County. He is usually regarded as the founder of the city of South Bend. Mr. Coquillard was born in Detroit September 28, 1795. He served in the American forces during the War of 1812 under the leadership of William Henry Harrison. After the war, he returned to the St. Joseph Valley where he became an employee of John Jacob Astor’s American Fur Company.

In 1823, Mr. Coquillard built a trading post on the St. Joseph River. Along with a partner, Francis Comparet, who ran an associate trading post in Fort Wayne, the two trading posts became the centers of the fur trade with the Native Americans of northwestern Indiana and southwestern Michigan. In 1824, Alexis Coquillard married Frances Comparet, the daughter of his partner.

On Monday afternoon, January 8, 1855, Mr. Coquillard was examining the ruins of his flouring mill, which had burned the previous Saturday, and accidentally fell from a beam on which he was walking 16 or 18 feet below, striking with his whole weight on the front part of his skull, crushing it in, so that he lived but about one hour. He did not speak after his fall, or give any evidence of being alive. The funeral procession which followed his remains to the chapel of Notre Dame showed how extensively he was respected when living, and how sincerely all mourned for him in death. During the day of his funeral, places of business in South Bend remained closed.5 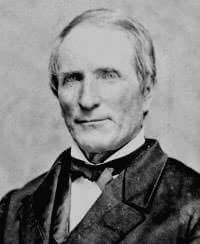 In 1827 Lathrop Taylor settled in South Bend. He was a native of Clinton, New York, and was born July 4, 1805. Just like many of the first residents in South Bend, Mr. Taylor was a fur trader who relocated to this area. It wasn’t long until he built his own trading post, and along with Coquillard, he established a thriving business here in South Bend. Mr. Taylor became very important in the formation of the city of South Bend and St. Joseph County and held some of the first official offices of duty in South Bend.

When Henry Stull came to South Bend there were only two trading posts in the area, owned by Coquillard and Taylor. There were only a few houses, no streets, and only Indian trails running through the thickly wooded area now known as South Bend. Henry built a log cabin for his family and later built a larger, more modern home on South Michigan Street. Mr. Stull passed away some years before his wife, who died in 1879. Mary Stull, the daughter of Henry Stull, married John Mohler (J.M.) Studebaker. 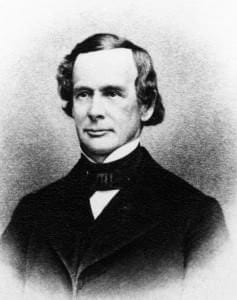 Horatio Chapin was born in Massachusetts in 1803. He moved to Detroit, Michigan in 1822, and then moved to South Bend in 1831. Mr. Chapin became the superintendent of the first Sabbath-school in South Bend, which was organized in 1833. In 1838 he became a cashier at the State Bank of Indiana, a post he held for twenty years.6 In 1862 he became involved with a private banking house that was named Chapin, Wheeler and Company of Chicago. After he retired he moved back to South Bend. He died May 13, 1871. 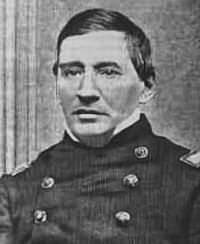 Norman Eddy was born in New York, his father being one of the earliest settlers of the Cayuga county region. In 1836, after studying medicine, Col. Eddy moved to Mishawaka to begin his medical practice. He moved to South Bend in 1847, where he remained until his death.

In 1847, Col. Eddy decided to change professions and enter the study of law. He became a lawyer in April of 1847 when he was accepted into the Indiana Bar Association. Studying law for only three years, Col. Eddy was elected an Indiana State Senator on the Democratic ticket. He was elected to Congress in 1852, having Schuyler Colfax as an opponent. Col. Norman Eddy received many governmental tasks and served the United States government in many capacities.

When the American Civil War broke out, Col. Eddy organized the 48th Indiana Regiment, of which he was appointed Colonel (hence the title that he would carry the rest of his life). He was severely wounded at Iuka and resigned as disabled after he fought at Vicksburg. He returned to South Bend and resumed his law career. He remained in South Bend until his death. 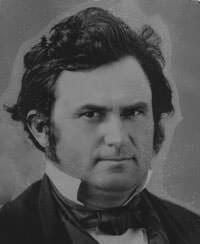 Thomas Stanfield was born in Logan County, Ohio on October 17, 1816. The Stanfield family moved from Ohio to southern Michigan in 1830. After unsuccessful attempts to buy land, Thomas’ father moved the family to South Bend. Judge Stanfield wrote this about early South Bend:

“Young as I was, I was charmed with the natural beauty of this country. It was distinguished as oak openings, thick woods and prairie. At this time hardly a furrow had been turned upon the prairie; a few cabins were scattered around in the oak openings bordering the prairies.”7

When he became a young adult he was South Bend’s first Assistant Postmaster. He studied law in the office of Judge Sample and was later made a judge of the 9th Judicial Circuit Court of Indiana.8 Judge Stanfield was an early judge of Indiana and had to travel over eleven counties, holding court. While working as a circuit judge, he became instrumental in attracting the railroads to build in the new territory of northern Indiana. Judge Thomas Stanfield died September 12, 1885.

Born in Hyde Park, Vermont on January 3, 1815, Almond Bugbee became an orphan at the age of ten. At the age of 16 he learned the trade of a tanner, currier and shoemaker. Mr. Bugbee was intending to move to Milwaukee, Wisconsin, but on his way, he heard about the many prospects in South Bend and Almond decided to see for himself. He arrived in South Bend in 1837 and began work as a shoemaker. By December he had opened a shoe store of his own. “In 1842, however, Mr. Bugbee purchased a tannery of G.D. Edge, which he enlarged, equipped with water power, and at that time gave employment to more men than any one employer in South Bend.”9 He was also the first person to see shoes that were manufactured ready-to-wear.

Almond Bugbee married Adelia Ann Crocker of South Bend and they had one son, Willis A. Bugbee. Almond married again after the death of Adelia in 1861, to Mary P. Moody. Mr. Bugbee was against slavery and helped Black slaves to escape from the South. His home was a station on the Underground Railroad. Runaway slaves would come to Mr. Bugbee’s house in the early morning, would hide all day, and, at nightfall, he would direct them to the next ‘‘station.’’ Almond Bugbee served the community well and was mourned at his death on May 24, 1904.