Through seven rooms of life-like dioramas and interactive displays, Voyages tells the compelling stories of the people of the St. Joseph River Valley.

The Site explores the area’s prehistory, beginning 600 million years ago when the St. Joseph River Valley was at the bottom of the Paleozoic Sea which covered most of North America. The chronology continues through the French exploration of the land in the 1600s. Visitors can “walk” the well-known portage that connected the Great Lakes to the Gulf of Mexico in Along the Portage. Hardwood forests and grasslands are two natural environments depicted in this area.

In New Order on the Land, the stories of the settlements of the late 1700s and early 1800s are told, including the founding of South Bend and its beginning as a small trading post. Here, the forced removal of the Potawatomi from the area in the 1830s is told.

A replica of a dredge boat used in the late 19th century to drain the Kankakee Marsh can be found in Using the Land. Images of dredging and draining the swamp help tell this story. The stories of early pioneer farm life in the St. Joseph River Valley are also detailed.

The Free Life Theatre features a 30-minute award-winning video documentary of the African American community in the St. Joseph River Valley region from the 1820s through World War I. A significant portion of the area focuses on Underground Railroad sites found in northern Indiana and southern Michigan. To watch this video documentary in its entirety CLICK HERE.  One of the most solemn moments of our nation’s history, the Civil War is remembered in A Nation Divided. Stories are told of Camp Rose and Camp Ellis, which were local camps accommodating over 1,000 men during the Civil War. 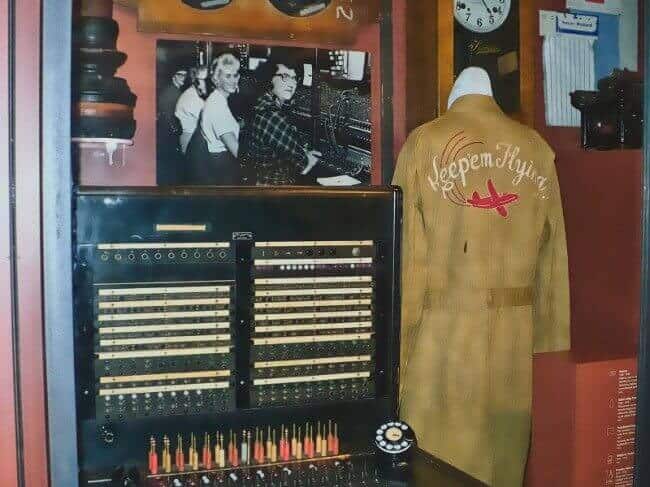 In Wheels of Power, the story of the region’s growth during the last half of the 19th century to one of the leading industrial sites in the Midwest is told. It details many of the area’s leading industries at the turn of the century, including Studebaker’s and the Oliver Chilled Plow Works.

Exploring history by theme rather than chronological order is offered to the visitor in Material Matters. Here recreation, travel, food, community and shelter are featured themes.

Self-guided tours allow visitors to savor each moment of their experience for as long as they like.

Here is a Voyages Activity Guide designed for 4-6 graders.